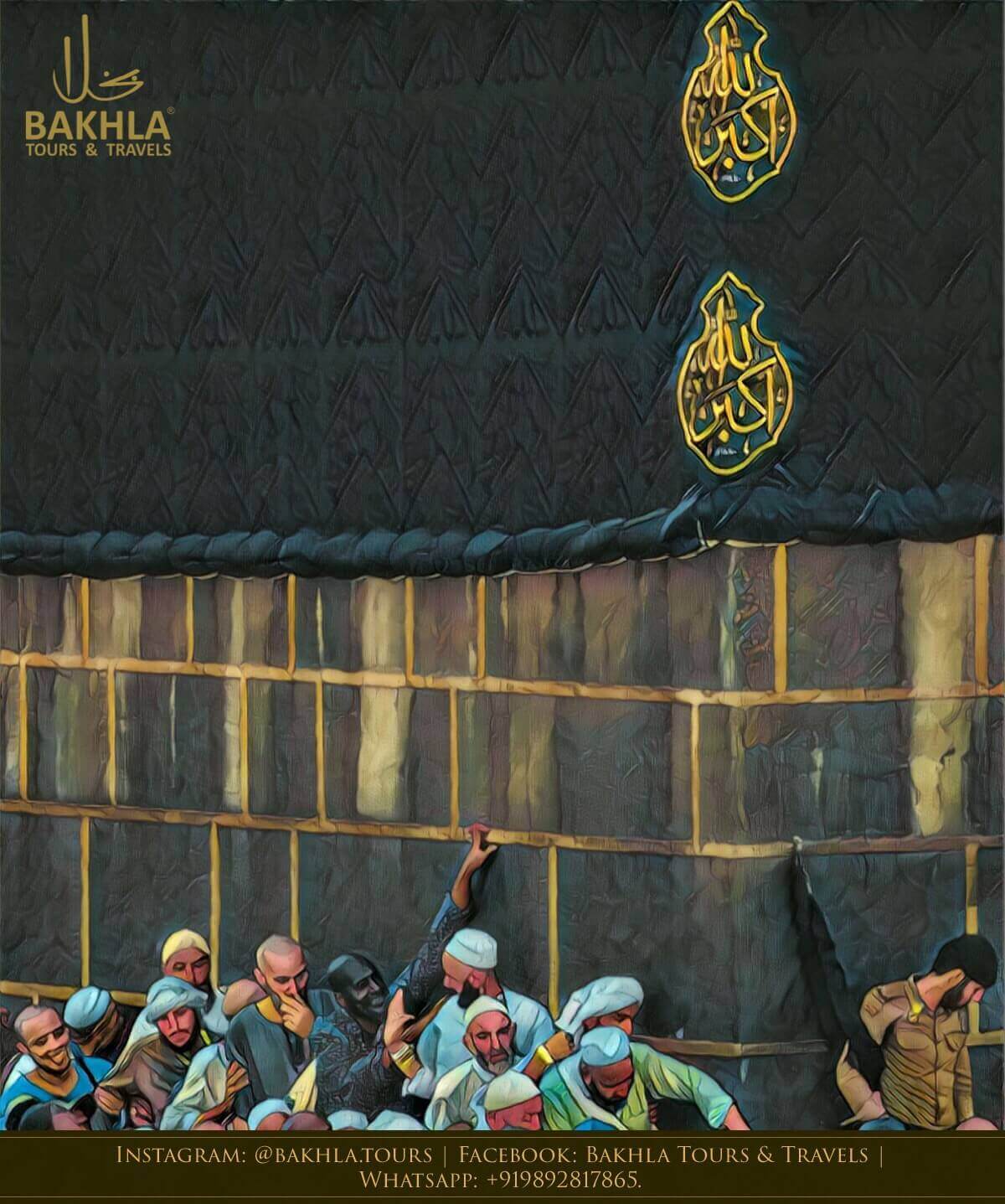 Throughout the history of Islam, a huge number of Muslims go to the holy city of Makkah in Saudi Arabia to perform Hajj and Umrah every year. Bakhla Tours & Travels is the best travel agency for Hajj and Umrah Packages. “The Blackstone” also known as the “Hijr-E-Aswad” which is installed in the Eastern corner of the Holy Kaaba is an Islamic relate that holds significant value for Muslims worldwide. The Tawaf begins and ends facing the sacred stone. Throughout the ages, countless people including many of the Prophets (Upon them be peace), The Prophet Muhammad (صلالله عليه ؤسلم) himself, the Sahaba’s (رضى الله عنهم), pious personalities and millions of Muslims who have performed Hajj and Umrah have placed there their blessed lips on it!

The Hijr-E-Aswad was brought from Jannat by Jibreel (عليه السلام) and presented to Ibrahim (عليه السلام) to be placed on the corner of Kaaba. Ibn Abbas (رضى الله عنه) narrated that the prophet (صلالله عليه ؤسلم) said: “The Blackstone came down from Paradise and it was whiter than Milk but the sins of sons of Adam turned it black.” [Tirmidhi]

Du’as are accepted at the Hijr-E-Aswad and on the day of Judgement it will testify in the favour of all those who kissed it. The Prophet (صلالله عليه ؤسلم) said: “By Allah! On the day of Qiyamah, Allah will present the Hijr-E-Aswad in such a manner that it will have two eyes and a tongue to testify to the Imaan (faith) of all those who kissed it.” [Tirmidhi]

Ibn Abbas (رضي الله عنهم) relates that the Prophet (صلاالله عليه ؤسلم), while leaning against the kaaba said:  “The Hijr-E-Aswad and Al -Maqam (Ebrahim) are two jewels from the jewels
of Paradise. Had Allah not concealed their radiance (Noor), they would have brightened up everything between the East and the West.” [Tirmidhi]

When the Quraysh demolished the Holy Kaaba in order to reconstruct it a dispute arose when the building reached the level of the Blackstone. They differed on the issue as to who was eligible to restore the stone to its original place. Banu Abdu’d-Dar brought a bowl full of blood and all the tribes inserted their hands in it which meant they had all made up their minds to fight one another. But Abu Umayya Ibn al- Mugheera’s elder asked Quraysh to agree on the judgement of the first person to come through the Bani Shaybah Gate and they all agreed.
First to come through the gate was the Prophet Muhammad (صلاالله عليه ؤسلم). The Prophet (صلاالله عليه ؤسلم) put the stone in the middle of a piece of cloth and asked a member of each tribe to hold one of the edges of the cloth and raised it close to its place, then the Prophet( صلاالله عليه ؤسلم) picked it up with his own Nobel hands and restored it to its original place. This is how the Prophet prevented a war from breaking out among the Quraysh with his wisdom.

How to kiss the Hijr-E-Aswad during Hajj and Umrah

The touching of the blackstone is a part of the rituals of Hajj and Umrah. The kissing of Hijr-E-Aswad is done during the days of Hajj. Without any doubt Hajj is one of the greatest congregations on Earth therefore kissing the Hijr-E-Aswad during Hajj time is not an easy task, when millions of Muslims are striving together for it! The people who are able to touch the stone in person can do so where as those are not able to because of the crowd can merely raise their hand or stick towards Hijr-E-Aswad while reciting the Takbeer and then kiss the hand or stick.
Although the Prophet kissed the Hijr-E-Aswad directly, he also pointed towards it when the area was crowded! It is therefore clear that both kissing it and pointing towards it are Sunnah.

Note: When kissing the Hijr-E-Aswad one should not push people nor harm anyone. Because kissing the stone is a Sunnah, but harming people is a forbidden act (Haraam) in Islam especially during Hajj and Umrah.

We have tried to gather a few systematic steps that might help you with the process:

Step 1
Start by getting into a line at Yemini corner

Step 3
Be patient, since the line will move Inch by Inch. Trying to overtake the other people will be in vain, the best strategy here will be to stick with the current and not break it!

Step 4
Start reciting your Adhkars as you go near the mob. The pressure of the crowd will increase and in such a situation you might get impatient or forget your Adhkar therefore start reciting them when you are in the line itself.

Step 5
When you reach close to the corner a perpendicular current will also be trying to push you, at that point, you need to be patient and use that force from the opposite direction to your advantage, as it will push you closer to the stone. If you feel you cannot handle the pressure of the crowd then instead of panicking remove your hand from the wall of Kaaba and find the ring that is instilled in the wall. These rings will help you maintain the center of your Gravity.

Step 7
Once you have reached the stone don’t be greedy and try to stick there for long, the wise thing to do is move on quickly. If you stay there for long there are chances that people might push you and you might fall which is a risk you should not take in such a crowded place.
Kissing the Hijr-E-Aswad is an immense feeling of being blessed but it also requires you to follow a systematic approach to help you and others reach it.

Bakhla Tours & Travels has been providing the best Hajj and Umrah Packages for the pilgrims of India. We are very excited to announce that Hajj and Umrah tours will be reopening soon. You can explore our top Hajj and Umrah packages by clicking on the following links: