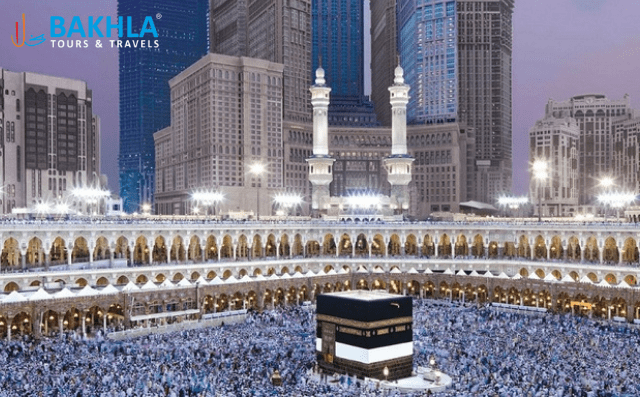 Hajj is one of the pillar of Islam. It is an invitation from Allah swt to His slaves to perform the pilgrimage. Without that it is absolutely not possible. One has to make duaa and intention and strive to make it happen. If Allah swt wills then He will accept your dua and make the pilgrimage possible.

Jabir (AS) reported: The Messenger of Allah, peace and blessings be upon him, said, “The pilgrims of Hajj and Umrah are the guests of Allah. He called them and they answered him. They ask from him and he gives them.”

It is said that whoever performs Hajj with a pure heart returns home free from their sins. Apart from symbolizing positivity and kindness, it is the highest form of honour earned by a Muslim.

It is a five-day event that takes place in the month of Dhul Hajj (the last Islamic month). Performed in the sacred state of Ihram, Muslims are strictly forbidden to engage in any type of sin, including arguments and violence. It strips away all markers of social status, wealth, pride, colour and other discriminations. Pilgrims are advised to adopt a calm demeanor throughout the pilgrimage

Make sure that before you start the journey for Hajj you have completed all your obligations and Debts towards your family and that you have asked for forgiveness from your near and dear ones. A Hajj-e-badal is obligatory if your elders on who hajj was Fardh on have died or unable to do hajj due to extreme sickness

In another narration, the Prophet said, “Perform the Hajj and Umrah pilgrimage on behalf of your father.”

There are three types of Hajj. Pilgrims can choose any of the three Hajj procedures that are easy for them.

Men: Their ihram comprises two white cloths without stitching. The length of these cloths should be 2.25 mtr each and breadth 44 inches each, and an ihram belt.

Women: Their ihram comprises their regular traditional dressing or burkha with a head scarf or cap and a makhna with their face open. But when a woman comes in front of gair mehram she can wear nakab in such a way that it does not touch the face.

*Tip: Women can wear a sports cap before putting on a niqab.

Before pilgrims enter Al Masjid Al Haram (the sacred boundary of Mecca) and move across to perform Hajj, they should wear Ihram in order to make haram and traverse the five different areas of Miqats in the Haram boundary. Make niyyat (intention) for Hajj and say the talbiya

Soon after completing morning prayers, pilgrims leave for Mina (a town in Mecca), where they stay an entire day carrying out ritual praying in their tents– Duhr, Asr, Maghrib, Isha, Fajr (in Qasr Namaz) – as stated in the Quran.

On the second day of Hajj, i.e the 9th day of Dhu-al-Hijjah, all pilgrims travel to Mount Arafat from Mina reciting Astaghfar and making supplications. Upon reaching Mount Arafat, pilgrims pray Zuhr and Asr with Qasar prayers near the Jabal al-Rahmah. Remembering Allah and asking for Duas from noon to sunset. This is known as Waquf (standing before Allah).

After sunset, pilgrims go to Muzadalifah (a town between Mina and Mt. Arafat) observe their Maghrib and Isha namaaz combined, and rests the night in preparation for the next day’s ritual of stoning the three Shaitan. Pilgrims Pick up 70 small stones of similar size for Rami (in mina) at muzdalifah, wash them and keep them safely in a pouch. Pray Fajr in muzdalifah on the day of Eid and leave.

The culmination of the stoning ceremony calls for an animal sacrifice (Qurbani). For this, pilgrims can purchase a sacrifice voucher/ coupon, which states that a sacrifice has been made in their name. Or if they have taken a Hajj package with Tour operators, then their tour operators take the responsibility on themselves to complete the ritual.

Pilgrims leave for Macca before sunset to do Tawaf al-Ifadah and do 7 rounds of Tawaf around Kaaba. Do Saie (seven times between Safa and Marwa) and get back to Mina to perform Rami, Nahr and Halq. On the 11th and 12th days of Hajj, pilgrims must complete the stoning of the 3 Shaitan or Rami. Seven pebbles are thrown at shaitan stone structure, known as Jamrat al-Aqabah. The stoning ritual is repeated by throwing pebbles at two other monuments other than Jamrat al Aqabah – Jamrat Oolah (the first Jamrat) and Jamrat Wustah (middle Jamrat). Pilgrims face the Jamarah (main pillar), with Makkah on their left and Mina on their right, stone it with seven small pebbles each while reciting takbeer. This is an act carried out at noon on each day. Then the pilgrims are required to leave for Macca before sunset on the 12th day of Dhu al-Hijjah.

Men should get their head completely shaved, or get their hair cut ( shaving of the head is not compulsory for a man who has completed his obligatory Hajj). While women are forbidden to shave their heads and only allowed to have a lock of their hair clipped. The act of cutting the hair symbolizes one’s detachment from physical appearances and complete subjection to Allah. Now the pilgrims can change from their Ihram and dress normally.

When the Prophet offered his pilgrimage, he said to his companions: “Learn your pilgrimage rituals from me.” He thus indicated that the pilgrimage, and all its duties and recommended practices, should be done as he did them at the time. He did the tawaf seven times, and this is how Muslims have been doing ever since.

On completing the Farewell Tawaf, pilgrims can proceed to collect their belongings, and leave Kaaba, by setting their left foot out first and making supplications while doing so. This final step marks the end of Hajj rituals.

Get the most out of your Hajj pilgrimage with Bakhla Tours and Travels. Take advantage of our special offers for Hajj & Umrah Tour Packages. May allah accept your Hajj. Ameen